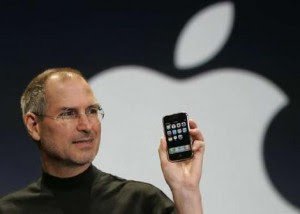 As Mr. Jobs family suffers, we can only pray that Mr. Jobs was found by grace some point before his death. Were this the case, he would have found true and eternal success. Success at the foot of the cross. Success over death!
Posted by Matthew Nowlin at 10/05/2011 10:04:00 PM